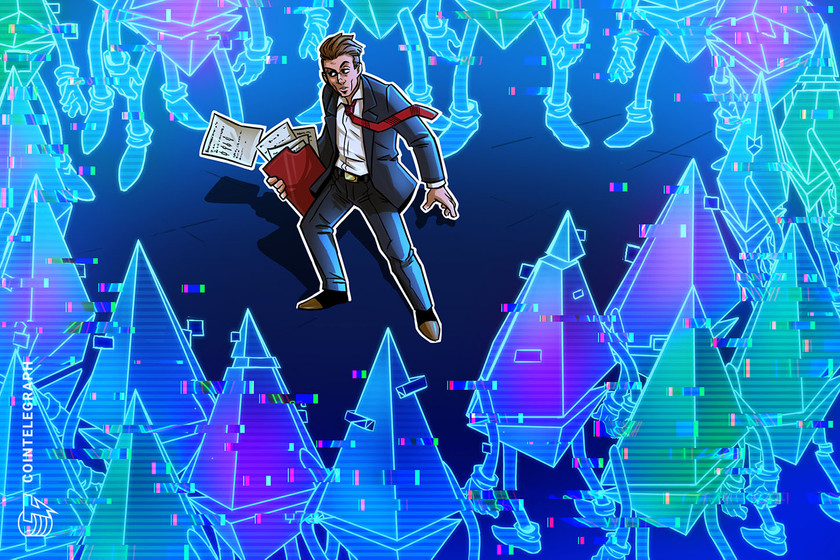 Ethereum’s quarterly settlement value is on course to increase by 1,280% year-over-year.

Ethereum usage is surging this year, with the value of transactions settled on the network skyrocketing during 2021.

According to research from Messari, Ethereum has settled $926 trillion worth of transactions this quarter so far — 700% more than it processed during Q1 2020.

Messari researcher Ryan Watkins noted the data counters the prevailing narrative that Ethereum is seeing an exodus of users amid its high gas fees, exclaiming:

“Incredible scale for a technology that critics claimed couldn’t scale.”

Ethereum’s recent surge in settlement value can be attributed to explosive growth in the DeFi and non-fungible token sector — most of which is based upon Ethereum.

The massive demand on the network has caused gas prices to surge to all-time highs. With many retail traders increasingly getting priced out of using the Ethereum mainnet for smaller transactions.

Revenues to miners on the ethereum ecosystems are going crazy.

Cryptofees.info is currently reporting an average daily fee generation of $32 million for ETH over the past seven days. Comparatively, Bitcoin has generated just $8 million daily on average over the past week.

According to Bitinfocharts.com, average transaction fees surged to a record high of almost $40 on Feb. 23. At the time of writing, Ethereum’s fees have retreated to $21 on average.

On Feb. 24, Cointelegraph reported that a fat-fingered DeFi user mistakenly paid more than 25 Ether worth $36,000 for a transaction this week.

Amid the high fees, Crypto influencers are urging an accelerated launch of ETH 2.0 to alleviate pressure on the congested proof-of-work blockchain.